We are now taking bookings for 2022 starting on 12th May 2022. We look forward to welcoming you. Make a booking 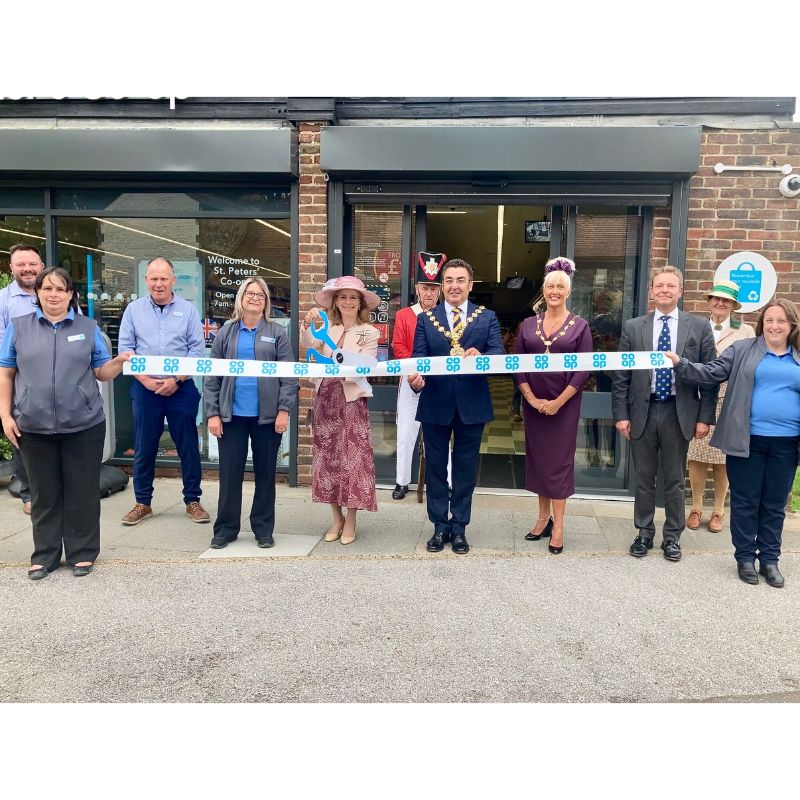 To the right of Lady Colgrain is the Mayor and Mayoress of Broadstairs, Cllr Paul Moore who was re-elected as Mayor of Broadstairs & St. Peter's for the 2020-2021 Civic Year at the Annual Council Meeting held virtually on 27th May. His Wife Cllr Wendy Moore was invested as his Mayoress. Next to them on the far right is Craig Mackinlay the Conservative MP for South Thanet made up of Ramsgate, Broadstairs, Sandwich and Cliftonville.

Following on from the “opening’, Lady Colgrain met up with the President of the village tour, Brian Sleightholm BEM, the Rev. Alice Bates and Pauline Osborne the Church Warden who is seen standing next to her sister Beryl, on the far left.

Further introductions were made when Brian Sleightholm introduced Lady Colgrain to Susan Elliott the tour Chairman, on the right of the photo and Amanda Cottrell OBE, chairman of Kent Tourism Alliance, patron of Produced in Kent and former High Sheriff of Kent, who has been the patron of St Peter’s Village tour since February 2012.

After the introductions, the official party were guided by Sue Brooks and taken on the tour where they encountered many costumed characters from past centuries and discovered the hidden secrets of St Peters revealed by the numerous vignettes along the way.